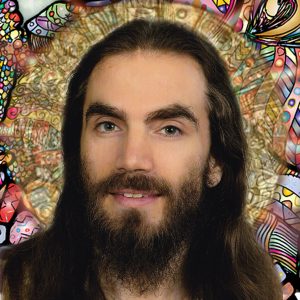 “My name is Pablo Johann,
I am a multidimensional musician, life coach, ceremonial leader
and student of the sacred native traditions of this world,
under the guidance of Maestro Manuel Rufino.

This life is dedicated to cultivate the heart & mind, bodies and soul
according to ancient yet timeless methods of self cultivation,
creating peace, leading a happy, healthy life and
uplifting and inspiring other people on the way.

Being born as Alexander Pablo Johann Leitner in Leoben, a litte town in Styria/Austria,
as a child my parents gave me two great gifts that would later on serve as great companions on the path:

From an early childhood on movement was studied deeply, from acrobatics,
martial arts, track & field, to every sport that was available at that time.
In my teens, appart from questioning every existing structure in society,
followed a deep study of the guitar and music from J. S. Bach to Jimi Hendrix.
After studying music and especially the guitar ( at the Franz Schubert Music School, Joe Zawinul Music School and Gustav Mahler Conservatory) I was working for several years as a musician, singer, guitarist, bandleader, performer and composer, traveling the world extensively with different musical formations, starting to get to know different cultures and ways of living.

The focus was increasingly directed towards a holistic, sustainable lifestyle.
Sacred Music and Art serving as a means to uplift families and communities in the strong transformational process that is ongoing in the world.

Together with Sabine Johann we founded in 2016
the Protect the Sacred – Association, a heart project to promote the learning between cultures.
We have been inviting teachers from different traditions, creating charity events and many festivities for a peaceful, heartfilling and conscious interaction with one another, a universal perspective and the reconnection with the earth as a living being.

– Awaking the ancient memory, diving into timeless wisdom –
At the moment we are in the process of creating a school
for the ancient sacred traditions, music & arts,
situated in Austria, the beautiful land
of our ancestors.”